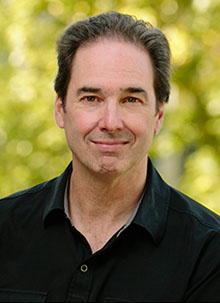 Bachelor of Science in Physical Geography, University of Toronto

Jeffrey J. McDonnell was born in Toronto, Canada and has a BSc (Hon) from the University of Toronto, MSc from Trent University and PhD and DSc from the University of Canterbury, where he was a Commonwealth Scholar. He has taught at Utah State University, SUNY College of Environmental Science and Forestry and Oregon State University, where he was Richardson Chair in Watershed Science and University Distinguished Professor. Since 2012, he has been Professor of Hydrology and Associate Director of the Global Institute for Water Security at the University of Saskatchewan. Jeff’s work focuses on new ways to measure, understand and model streamflow generation processes. He has co-authored >300 articles on watershed hydrology and co-edited the Elsevier textbook “Isotope Tracers in Catchment Hydrology”. He was the founding Editor of HPToday and sits currently on a dozen journal editorial boards. He is an elected Fellow of the Royal Society of Canada (Canada’s National Academy of Science), and an elected Fellow of the Geological Society of America and the American Geophysical Union. He is the 2016 winner of the International Hydrology Prize (Dooge Medal) from the International Association of Hydrological, UNESCO and World Meteorological Organization. Previously, he has received the Dalton Medal from the European Geophysical Union and the Birdsall-Dreiss Distinguished Lecturer Award from the Geological Society of America. Jeff is currently President of the AGU Hydrology Section and Visiting Distinguished Professor at Tsinghua University.

The McDonnell lab focuses on measuring, modelling, and understanding watershed-scale water cycling. From its first 20 years, the group focused on streamflow generation and the age, origin, and pathway of storm runoff. Understanding watershed storage and release was the overarching research goal. Most of the group's early work focused on hydrograph separation, streamwater transit time analysis and deciphering runoff mechanisms across diverse catchments. For the past 10 years, the group has begun to broaden its aims by going after questions of how geology and biology affect the amount and age of water in streams and how isotope tracers can help answer these questions. Our goal for the next 10 years, is the development of an age-based theory of the catchment water cycle to complement and extend the traditional water balance.

Runoff Generation Processes In Headwater Catchments: The Role of Storage and Release